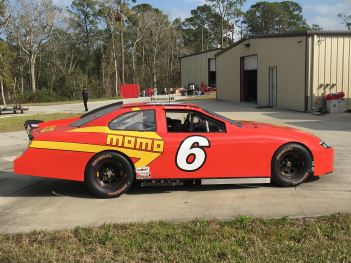 Growing up just minutes from Daytona International Speedway, it has been Michael Lira’s dream to compete at the high banks. For years, he watched his own father race at the track, so from a young age he knew he wanted to do the same. On Saturday, Lira will make his restrictor plate racing debut at Daytona.

Get to Know Michael

Nineteen-year-old Port Orange Florida driver Michael Lira began racing in ARCA competition in 2013, finishing a career-best 7th at Salem. After 27 starts in four years, he has collected multiple top-ten finishes. He has also tied his career best qualifying effort of 4th at four different tracks on the ARCA circuit. In addition to his ARCA experience, Michael has competed in the FASCAR Pro Truck Series and the Florida United Pro-Truck Series as well as in Pro-Late Mode and Super Late Model competition. Michael’s racing resume also includes experience behind the wheel in SCCA and IMSA sports car competition – including a start in the prestigious Rolex 24 at Daytona in 2015.

“It still doesn’t seem real to me that less than a week from now I’ll be taking the green flag at Daytona International Speedway in a stock car. I feel great about our chances coming out of the test, but win or lose, running this race is a dream come true for me,” Lira said. “It would be pretty cool if we could win Daytona with a Floridian driver and crew chief. Josh [Williams] has been great to work with. It’s great to have someone in a leadership role on the team who has current driving experience.”

The Lucas Oil Complete Engine Treatment 200 Driven by General Tire at Daytona International Speedway will air live on FOX SPORTS 1 Saturday, February 18th at 4:00pm ET. The ARCA Racing Series takes to the track for practice on Thursday from 4:00-6:00 pm ET. Final practice will take place on Friday from 9:30-10:30 am ET. Qualifying will take place on Friday at 3:30 pm ET (Group Qualifying). The Lucas Oil Complete Engine Treatment 200 will consist of 80 laps for 200 miles.

About MOMO Motorsport: MOMO’s product line includes consumer accessories such as steering wheels, gear shift knobs and alloy wheels, through to race equipment such as racing suits and helmets. They bring to the market the finest Italian style, a long tradition of quality, and their racing experience of many years, and technological innovation respectful of the environment. They turn cars from simple tools into a way of life. You can visit them at momo.com.

About Safecraft Safety Equipment: Safecraft is a supplier of safety equipment for motorsports, aviation, and marine industries. They specialize in high quality fire suppression systems that are used in a very wide range of racing. Their extinguishers are used more than any other brand in NASCAR, NHRA, and SCCA. You can visit them at safecraft.com.

About ROUX Helmets: ROUX Helmets was founded by veteran drivers Juan Carlos LeRoux and Toto Lassally in 2014. Their helmets are “cutting-edge” in the motorsports industry with key features like the Release Equipped System. Safety is a number one priority to Roux. They provide helmets, gear bags, and various other essentials for racecar drivers. You can visit them at rouxhelmets.com.